This is somewhat unusual research for me, but it was good fun – some recent work about identifying an emission line in the X-ray regime which is excited by photons from a different atomic species which just happens to have the correct wavelength for that. This can be used as an independent density diagnostics for plasma in flaring loops, for example. The paper has just been published, here is the title and abstract:

Line coincidence photopumping is a process where the electrons of an atomic or molecular species are radiatively excited through the absorption of line emission from another species at a coincident wavelength. There are many instances of line coincidence photopumping in astrophysical sources at optical and ultraviolet wavelengths, with the most famous example being Bowen fluorescence (pumping of O III 303.80 Å by He II), but none to our knowledge in X-rays. However, here we report on a scheme where a He-like line of Ne IX at 11.000 Å is photopumped by He-like Na X at 11.003 Å, which predicts significant intensity enhancement in the Ne IX 82.76 Å transition under physical conditions found in solar flare plasmas. A comparison of our theoretical models with published X-ray observations of a solar flare obtained during a rocket flight provides evidence for line enhancement, with the measured degree of enhancement being consistent with that expected from theory, a truly surprising result. Observations of this enhancement during flares on stars other than the Sun would provide a powerful new diagnostic tool for determining the sizes of flare loops in these distant, spatially unresolved, astronomical sources. 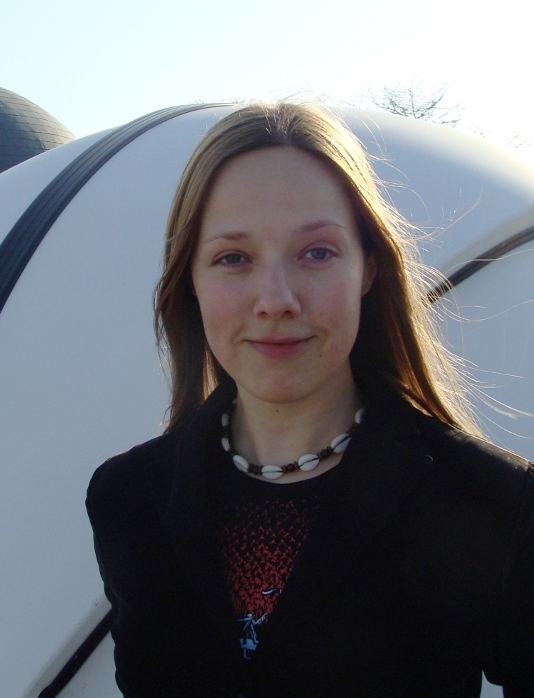 I'm a tenured Professor for Stellar Physics and Exoplanets at the Leibniz Institute for Astrophysics (AIP) and the University of Potsdam in Germany, near Berlin. My research is about stars and exoplanets in our galaxy, with a focus on multi-wavelength observations. My contact info is → here.

We use cookies to ensure that we give you the best experience on our website. If you continue to use this site we will assume that you are happy with it.Ok